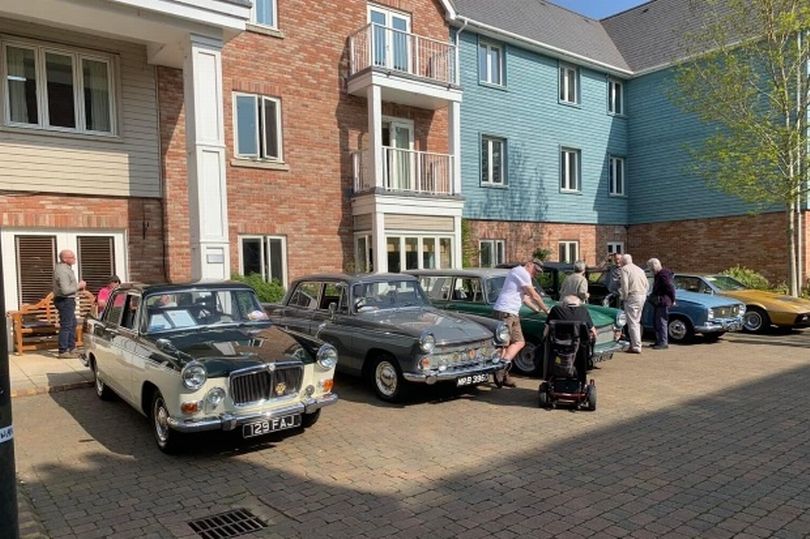 
Richmond Villages Northampton, held a classic car show for residents and members of the local community. Over 70 residents and visitors attended the show organised by members of staff on 16 April.

Fifteen vintage cars were exhibited, from the Austin 7 to the Austin Cambridge, all of them selected especially by residents to remind them of past times. Village resident, Jean Allen said, "It was such a special day, seeing the cars in person brought back so many memories for me from my younger years. It was remarkable to see the Austin 7, as that was the car I took my first test in – I was so excited that I just had to hop in for a photo!”

After a public vote by show attendees, local resident Steve Shipley's Austin 7 car was named 'Best in Show' and was awarded a certificate, bottle of prosecco and a rosette.

"This is the first car show that I’ve ever done and it’s extremely emotional for me as I restored the car myself after it being left in someone else’s garden for many years and was close to being scrapped", said Mr Shipley. "I’m glad all my hard work has paid off.”

The event was also an opportunity to raise money for the village's 'Local Charity of the Year'. As a result of ticket sales and an Easter raffle, a total of £287 was raised for the local Cynthia Spencer hospice in Northampton.

Chris Ryatt, Head of Activities at Richmond Villages Northampton, commented: “Myself and the team are thrilled with the popularity of our Classic Car Show. It’s so rewarding to be able to create new experiences for our residents and raise money for charity in the process.”