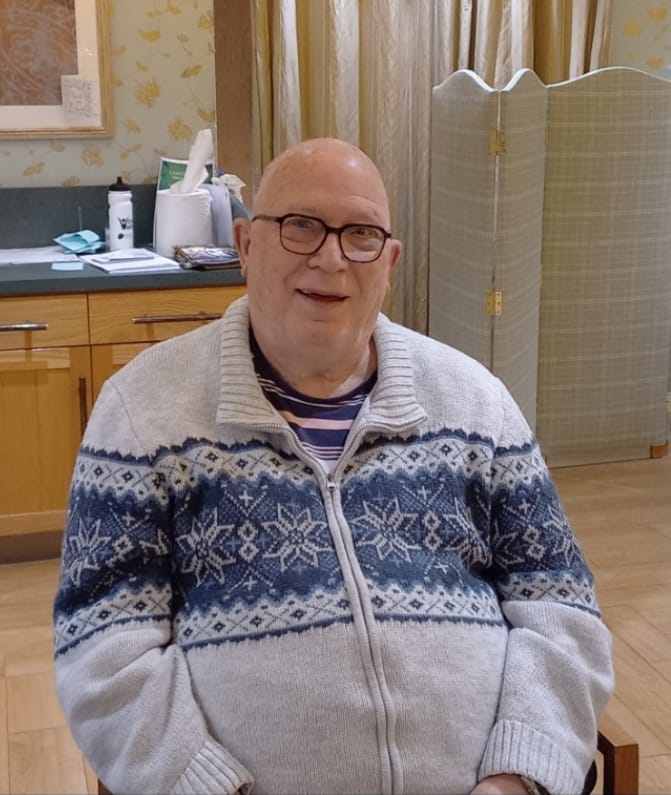 
John Lloyd, aged 87, moved into an assisted-living suite at Richmond Villages Letcombe Regis last October to be closer to his daughter, Susan, after living in Leicestershire for over fifty-five years. Since moving to the village, he has received extensive care from the staff and is continuing to enjoy his life-long hobby, playing Bridge.

John and his wife, Jill, together raised two sons, Christopher and David, and daughter, Susan but Jill sadly lost her life to Alzheimer’s last October. Wanting to still be close to family, John made the decision to move closer to his daughter, where he is now able to see her once a week at the village.

Previously a Senior Lecturer of Chemical Engineer at the University of Loughborough for thirty-five years, John has always enjoyed exercising his mind and finds that Bridge has been a brilliant way to do so throughout his life and into his retirement. During his time at the village, John continues to play Bridge weekly, which he has found to be a fantastic way to build new friendships at the village.

Speaking about his hobby, John said: “I’ve been playing Bridge for years and used to play all the time with my wife before her passing, so to be able to continue to do this at the village is really special. My favourite thing about the game would have to be the sociable aspect. I really enjoy meeting new acquaintances around the village and find that I’m never lonely.”

John doesn’t just limit himself to his existing hobbies at the village. Thanks to a jam-packed schedule, John has found that since moving, he has fallen in love with music, specifically Opera, just last month John enjoyed an Opera evening presented by Jim Mitchell, who is also the village choirmaster. Since moving, John has also joined various other groups, such as those focusing on sports, memory games, music and film and finds that he’s never bored and has an abundance of new activities to get involved in.

Despite an unfortunate fall at the end of last November, resulting in a broken elbow, John is pleased that he is able to continue joining in the activities whilst he recovers. During his recovery, John was grateful for the thorough support and care from all the staff at Richmond Villages Letcombe Regis, specifically from the Domiciliary Care Team who are registered with CQC and offer practical and emotional support to all residents at the village.