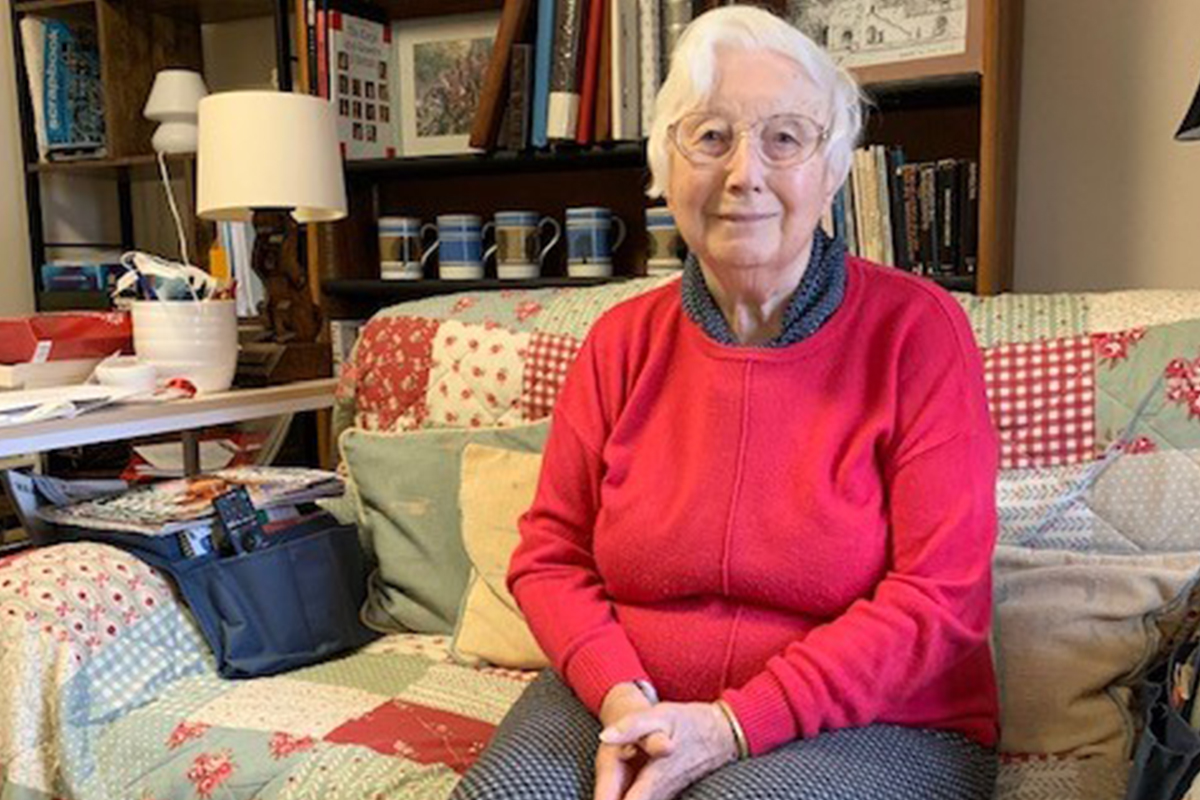 
After living locally in Painswick for 63 years, and often visiting friends at Richmond Village Painswick, Audrey decided to move into an Assisted Living Suite in the village last July. She made this decision when her health started to decline and felt that it was “the right time to move.”

Originally born in Newport, Monmouthshire, her parents moved to Gloucester during the depression of the 30s, and it was after school that she became a trainee Town Planner.  Feeling unfulfilled by the lack of opportunities locally, she joined an evening course at the Gloucester School of Art to study Architecture, and eventually met her husband John also aiming to become an Architect.  They married and later bought a piece of land in Painswick, where they had a small house built as a family home where they lived for over 55 years.  Following John’s death in 2007 Audrey carried on alone for a further 14 years.

Audrey has known about Richmond Villages since their inception and watched it flourish into an established retirement village.  She had over many years, a first-hand understanding from caring for elderly relatives, of the difficulties of caring for them, and the importance of living an active life both physically and mentally in retirement years.

Since moving to the village, Audrey has been pleasantly surprised by the abundance of activities on offer and finds her social calendar packed with interest.  Participating in new hobbies such as Thai Chai exercises, and trying silk painting has broadened her experiences, and she is looking forward to further participation in new directions.  Audrey praises how she has the option to choose how many and which activities she wishes to get involved in, so she can join in as much or as little as she likes.

When asked what Audrey is most looking forward to, she said: “Singing has always been of significance to me and something in which I could get involved in a proposed Richmond Villages Painswick Choir.  Frequent visits from vocal soloists, including a well-known Opera singer, and other interesting mixed repertoire concerts have given me much pleasure, and talks on art, particularly paintings are much enjoyed by many residents.”

Socialising also continues to be an integral part of Audrey’s day-to-day life within the village.  During her time here she has come to enjoy new friendships and knowing some residents from the local community prior to her move truly helped to make her feel at home. Audrey highlights, “It’s good to know that there is always someone there if you need them.”

Fortunately, since moving to Richmond Audrey has noticed that her health has started to stabilise, and she praises the staff and general ambiance here.  Reminiscing on her time here Audrey reflects “I never would have thought that there would be so many activities for me to join or Mini-bus outings to towns etc, so I never feel confined, and I’ve felt so lucky to be able to move here as it has really enabled me to think more positively about my later years.”