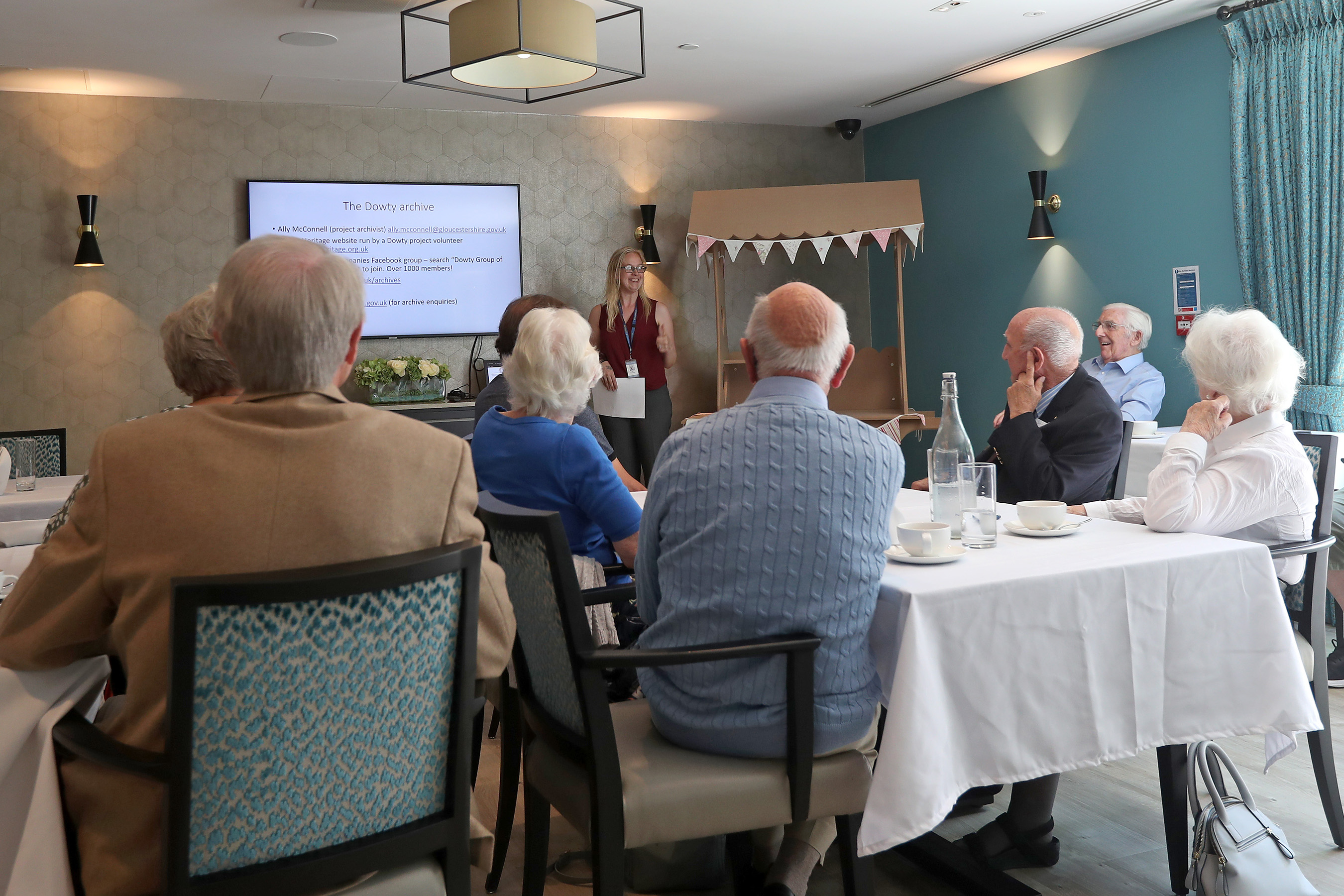 
Giving an exclusive insight into life at the site before a retirement home, Ally McConnell hosted a presentation for our residents, Dowty colleagues and friends. Ally shared a first-hand account of what the place was like in its former days and celebrated the monumental memories of Dowty Engineering.

During the event, residents were given insight into The Dowty Project and what life was like at Dowty Heritage, Gloucestershire’s global engineering group and a leading British aircraft equipment manufacturer. Running from 1935 until 1992, The Dowty Group specialised in manufacturing hydraulic and actuation systems, advanced propellers, turbine engine components and tubular systems.

Families, friends and ex-employees were all treated to a wonderful dining experience in the stunning restaurant at Richmond Villages Cheltenham, where attendees enjoyed a delicious afternoon tea.

Louise Wilkins, Village Advisor at Richmond Villages Cheltenham, said: “All our staff, residents and friends were thrilled to participate in an event that not only celebrates the history of the site but also allows us to further learn and immerse ourselves in the rich heritage of our home. And what better way to do that than to host our guest of honour, Ally McConnell, who provided us with a fantastic view of what the site looked like during Dowty days.”

Ally McConnell, Archivist for the Dowty project, comments: “It was such an enjoyable experience being able to return to the place which has contributed to a large part of my career so far, as I continue to work on building up The Dowty Group archives. Having the opportunity to share my findings with ex-employees and residents was such a great meeting of two worlds.”