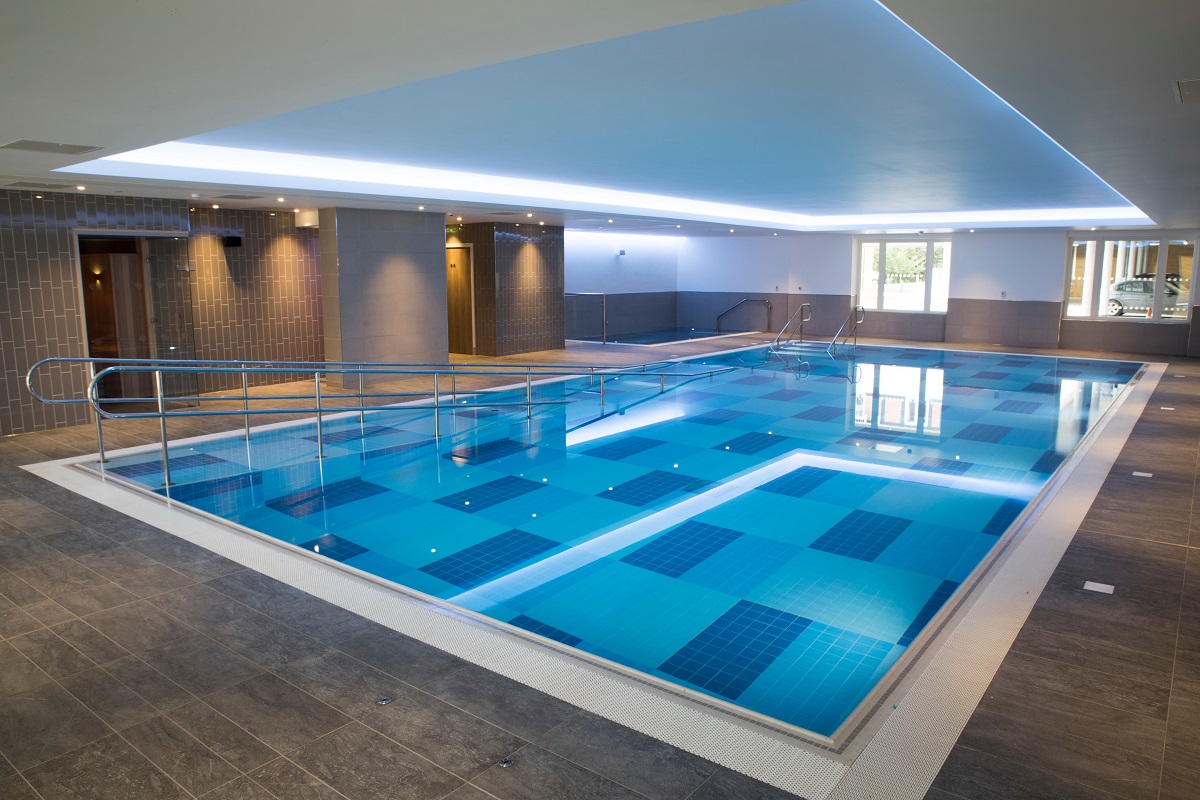 
Muriel Squibb (84) originally moved to Richmond Villages Wood Norton in June 2019 into an independent living suite. However, following a series of health complications and shoulder and hip replacement surgery, Muriel experienced a knock to her confidence and mobility, causing her to withdraw from fellow residents and village life, including use of the Wellness Spa.

Swiftly after moving into the village in 2020, fellow resident, Debbie Dyson (92) noticed that Muriel was struggling and kindly encouraged her to revisit the village’s swimming pool – assisting her in restoring her fitness and confidence ever since.

Both Muriel and Debbie have a long-standing love for swimming. Muriel swam regularly as a young adult. Similarly, swimming was also very much a part of Debbie’s weekly routine, spending many years in the sea in Norfolk as a child and up until moving to the village, she even had her own swimming pool.

Debbie motivated Muriel to join her for what started as monthly sessions in the village’s first-class swimming pool. The duo utilised resources from the village’s Wellness Spa such as floats and staff were on-hand to offer support to enable Muriel to build her confidence and swimming ability slowly. Once Muriel became more confident in the pool and started to reignite her passion, their sessions increased to twice a month, with the friends now meeting up for regular weekly sessions.

Muriel has the confidence to visit the village pool by herself as well as going to village aqua classes, something she never had the belief in herself to do before meeting Debbie. Muriel’s independence has improved so significantly that she has recently also attended her first village event solo and began to socialise with fellow residents. Overall, Debbie’s support has dramatically improved Muriel’s mobility and self-belief, something which was extremely affected during lockdown.

Muriel commented: “I am so thankful to both Debbie and the village for all of the support and care they have given to me after what has been a tough year for many. I’m in such a better place both physically and mentally and I am looking forward to joining more activities and events that are on offer at the village, which I was hesitant to do before. Being able to find such a trusted friend in Debbie at this stage of my life has been an unexpected, happy surprise.”

Muriel and Debbie’s journey continues to inspire village residents and staff. Their journey and story of friendship has even encouraged Richmond Villages Wood Norton to implement a ‘buddy system’ to provide resident-to-resident support, a scheme supported by Debbie who is on the committee.

Speaking of the committee and her journey with Muriel, Debbie says: “It was so fulfilling to be able to help Muriel and to see her transformation is absolutely incredible. I believe our new buddy system will be helpful to all residents across the village. It’s wonderful to be able to create these meaningful friendships later in life.”

James Haines, Wellness Spa Manager at Richmond Villages Wood Norton, also adds: “It’s lovely to see a journey such as Debbie and Muriel’s and the benefits Muriel has experienced first-hand. Muriel’s story and journey is relatable for a lot of our residents here at Richmond Villages Wood Norton, and as community is at the heart of what we do, I’m delighted that she has found a new level of confidence as well as a new friendship, here at the village.”