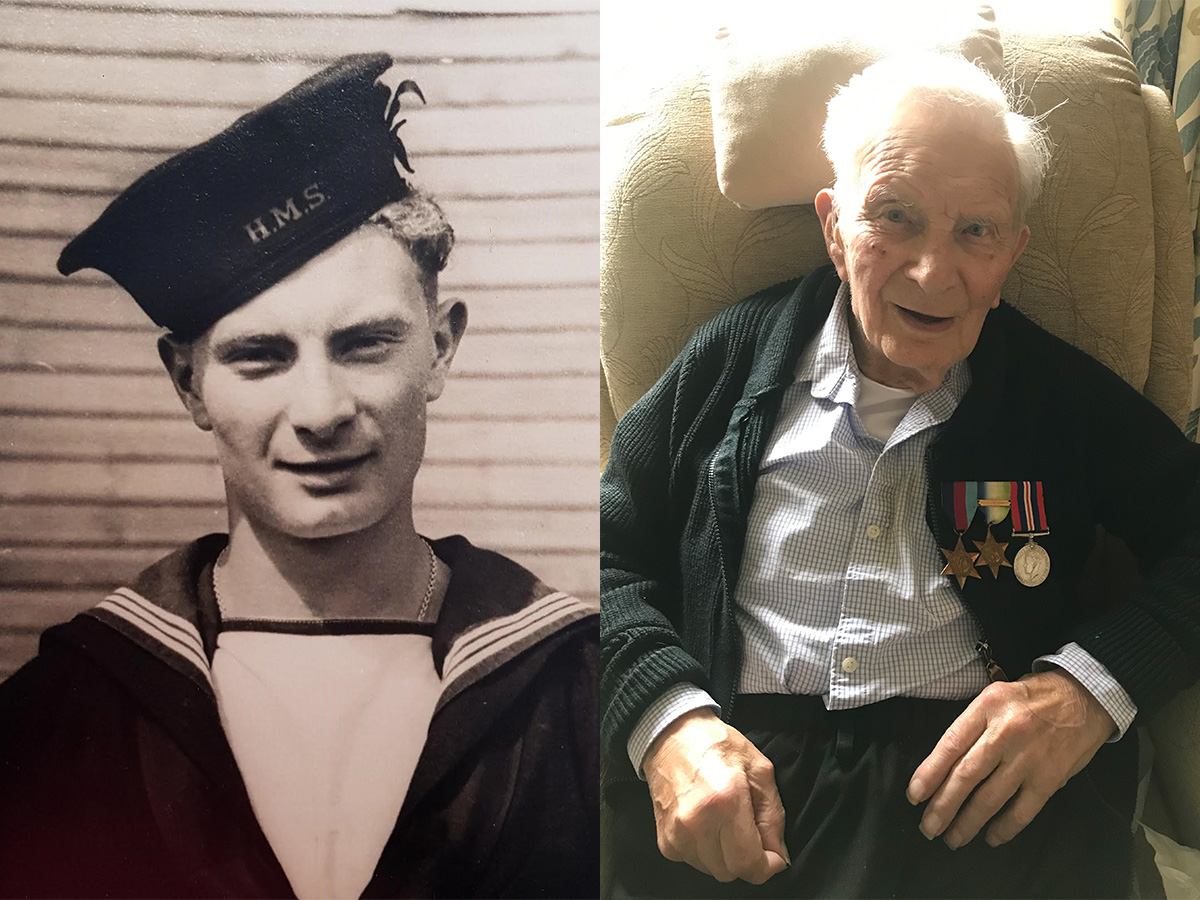 Memories of a World War II Veteran
8th May 2020


Today marks the 75th anniversary of VE Day - the end of the second world war. This day provides us all with an opportunity to reflect on the great courage, determination and sacrifice of our nation during WWII.

To commemorate this day, we are proud to share the story of one of our residents at Richmond Bede Village, Denis Evans, who has told his fascinating memories of being a Quartermaster in the Royal Navy during World War II.

Now 94, Denis volunteered for the Royal Navy at just 17 years old, where he looked after the ship’s guns and submarine torpedoes. Denis was part of a defence convoy on board the HMS Vidette (D48) V and W class destroyer during the longest lasting continuous campaign of WWII, The Battle of the Atlantic.

Denis shared captivating memories of his time at sea:

“My fondest of memories was when my friends and I jumped ship at one of the ports to go to the local bar. We had a great night but unfortunately got caught and had to do 28 days in the ship’s Junker, that’s the ship’s prison. It was well worth it though!"

“The most difficult aspect of my time on board the ship was the cold. The temperatures in the Atlantic could reach as low as minus eight degrees and we just had to wrap up warm and carry on with the work. Our community officers didn’t take well to complaining!”

After five years of service, Denis returned home and met his wife Pat. They were married for a wonderful 60 years and had two children. Denis now enjoys life as one of the residents of Richmond Bede Village, sharing heroic stories of his time serving in the Royal Navy with fellow residents and friends.

In memory of Denis Evans.