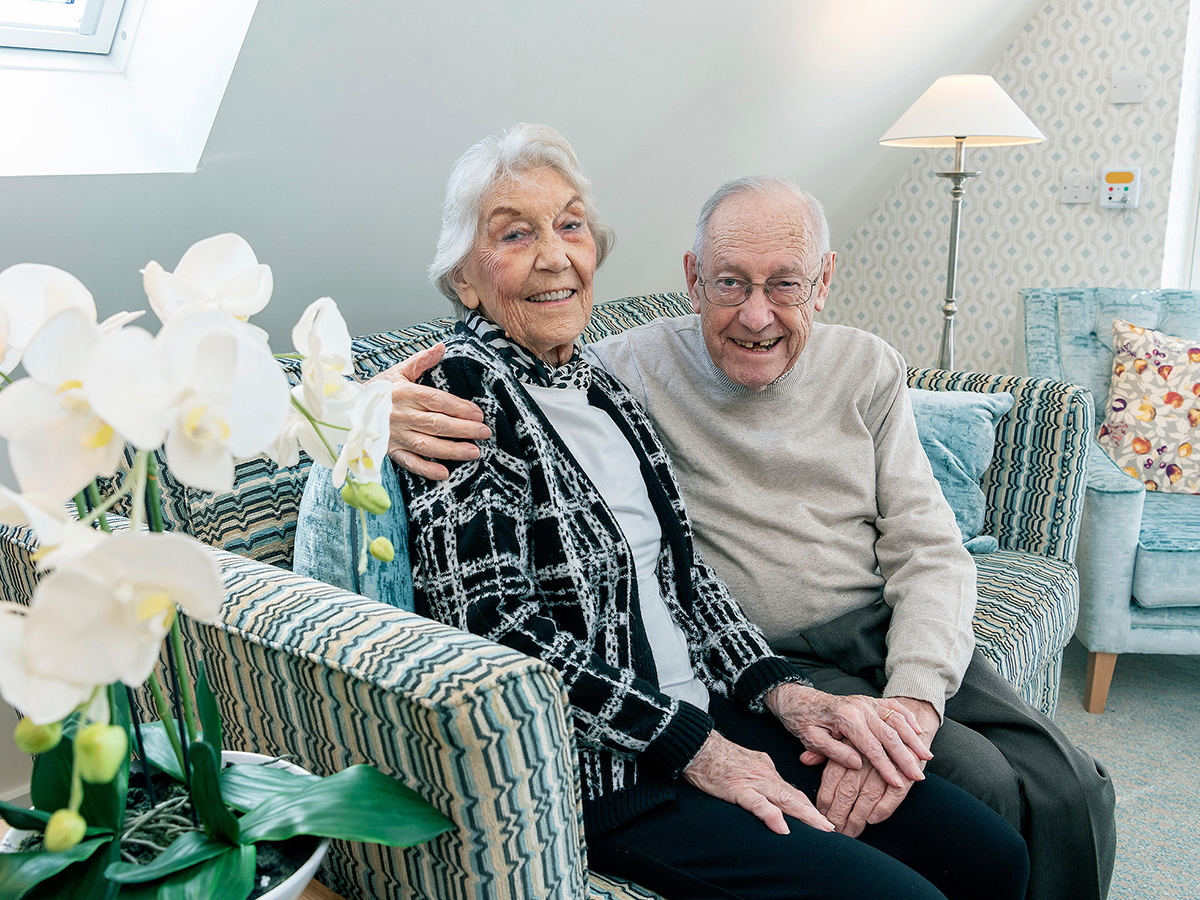 
Before moving to Richmond Villages Aston-on-Trent, Alan and Annelise Bushby had lived in Derby for 51 years. When moving to the area, they wanted a home big enough for all the family, but equally one that would be easy to manage when they became ‘empty nesters’.

By the time they reached their mid-eighties, they were starting to find some of the household chores challenging. Initially, Alan and Annelise arranged for outside assistance to visit their home to help with the cleaning and to take them food shopping, but after Annelise’s health began to deteriorate and Alan developed mild dementia, it became clear that they could no longer cope in their family home. Nevertheless, it was important to them both that they remained living together with some independence, so when their son Bob found Richmond Villages he knew it would be the perfect fit.

Annelise, 87, and Alan, 92, are now happily settled in a Village Suite at Richmond Aston-on-Trent, where all their daily chores such as cooking, cleaning and laundry are taken care of.

“We adored our family home, but we were struggling to manage and maintain a big house. It was the right decision to move, and by downsizing when we did, we had the opportunity to sort out everything that we had amassed over the 51 years.  And it was nice to have our children help us go through all our possessions while we’re still here.”

“Our Village Suite is exactly what we need. We now receive the level of care and help that we both require, while maintaining our independence as husband and wife. We also like the idea that the property is ours and our children will inherit it, rather than all our savings going on care and having nothing to show for it."

Commenting on their social lives at Richmond, Annelise said: “Before coming to Richmond Aston-on-Trent, we didn’t really socialise much anymore, as sadly we have outlived a lot of our friends. Alan also struggles with conversations with his dementia, so we weren’t really interacting much. Now we make the effort to go down to the restaurant here every day, where we often eat with other residents or join them for coffee. It is lovely to have this social life on your doorstep. Especially in the winter months, we wouldn’t really get out of the house so we appreciate the fact that we can still see people and interact in the comfort of the village.”

Mr and Mrs Bushby have settled into Richmond Aston-on-Trent and feel at home. “Life has become so much easier now” says Annelise. “In particular, the staff really put you first and go out of their way to ensure you’re happy. It took me some getting used to, but it is fantastic not having to do any housework and it means Alan and I have more time to spend together. If only we had moved here sooner!”